And here we are. At the tooth losing stage. I was not even thinking about this part of childhood yet when my boy said to me on our camping trip, “Mom my tooth is about to fall out!!” What?!?!? And indeed a day later it did! The tooth fairy came and brought him a golden Sacajawea coin. He was delighted! And now we are waiting for #2 to come out any day now. His first day of kindergarten is only weeks away and he will be toothless!!

Here we are! Five whole entire years in. We has a small get together for E’s birthday, had our annual birthday trip to he zoo, Went to a special breakfast before school and celebrated at school. Now we are waiting on such things as kindergarten and loose teeth. For now we have just begun our relaxing summer, E graduated PreK, and we are about to move back into our house and just be the owners of one home and I will no longer be a landlady. 🙂 Lots of trips planned for the summer. The regulars…OBX and the UP at our cabin. We also plan to drive up to the Badlands in SD and camp. E wants to see the “mountain with the presidents”. He recently asked me if Donald Trump was on that mountain and after laughing my arse off…I explained that they put just the best presidents on that mountain. 😂. No more explanation needed. He understood. 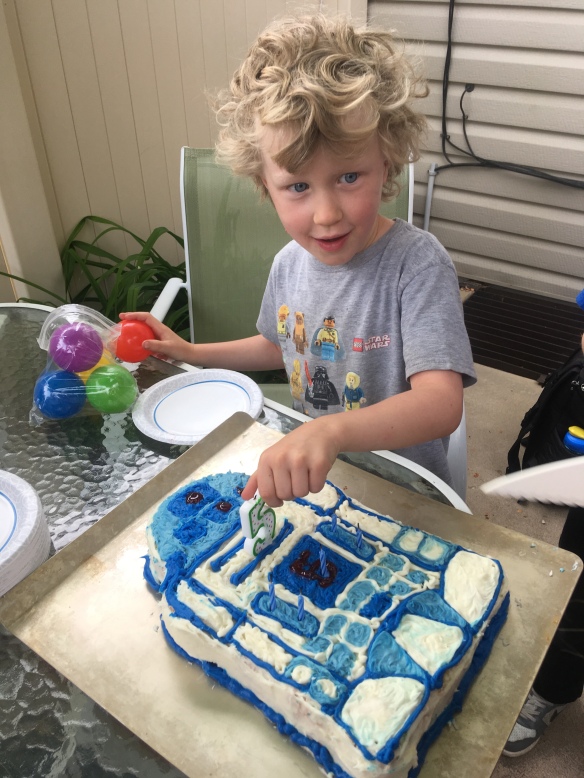 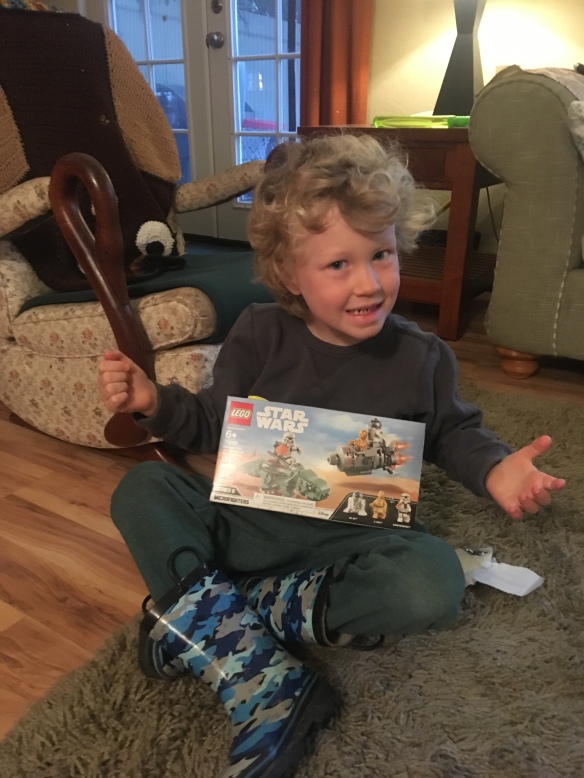 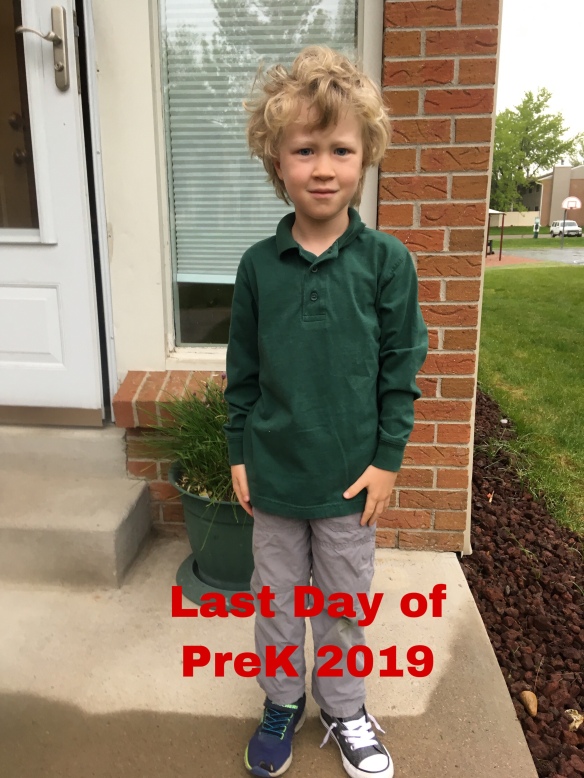 I am sorry to any real estate agents out there but I just sold my home myself. I spoke with a friend who I intended to hire but wanted to try myself first. I decluttered my home, cleaned the heck out of it and put it on Zillow. Now mind you, the market is HOT where I live. Especially in my price range. It is also the end of the school year so as a teacher I am at my height is stress this time of year. It seemed like it would all be too much. Then less than 24 hours after I put it on, I got a full price offer and was able to rent back until August 1 when the tenants will be out of our home. So now we are officially in escrow and the closing is June 3. I just need to make it through the inspection and closing, then we are done. I am using a real estate lawyer that will save me $10000. I don’t know why anyone would ever hire a real estate agent to sell their home where I live bc homes fly off the market here!! My lawyer says she has very little to do on this end. Anyway I am very soon to be the homeowner of just one home and very close to being done with being a landlady (which that term makes me feel like an old maid). Super exciting over here. And we are about to celebrate someone’s 5th birthday which is unbelievable all in itself! That post will be coming soon….woot, woot! We’re moving back to Boulder! And renovations on kitchen bath are next!

Our first Christmas is in Colorado (big gifts) and then we travel to NC for Christmas 2.0 and the smaller gifts that fit in my suitcase. Here is a photo journal of both. We hope you had a lovely holiday season! Here is to a great 2019!🍸 🎉 🍾 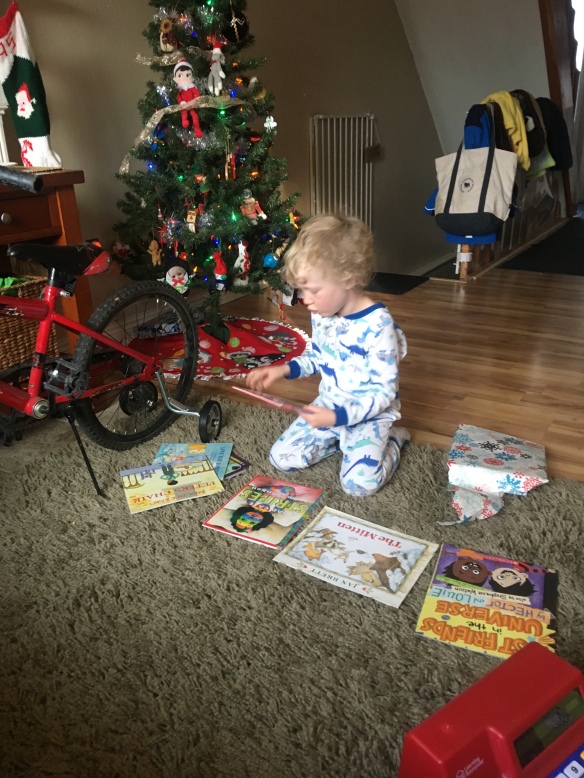 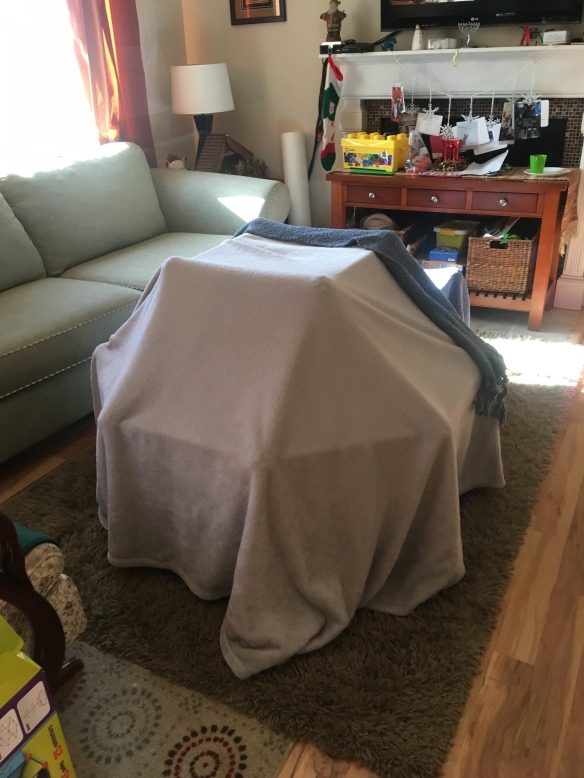 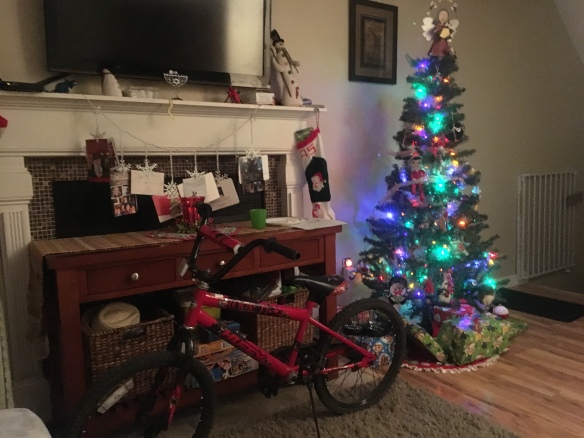 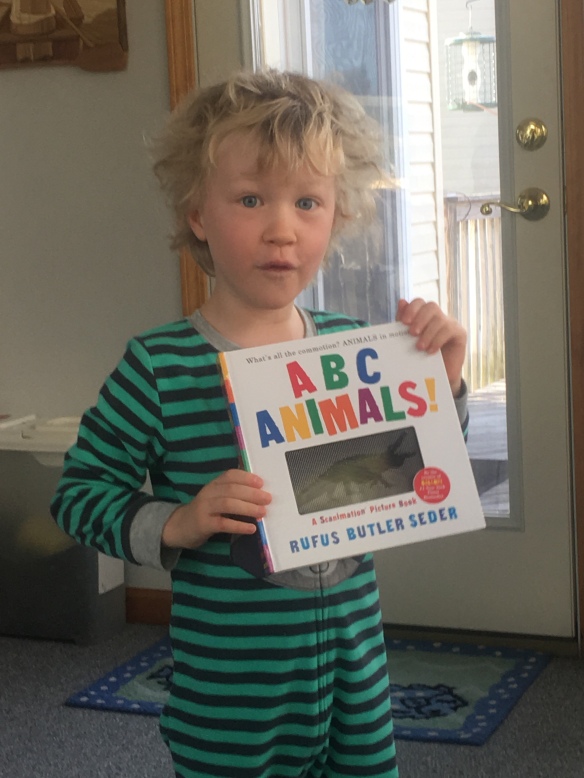 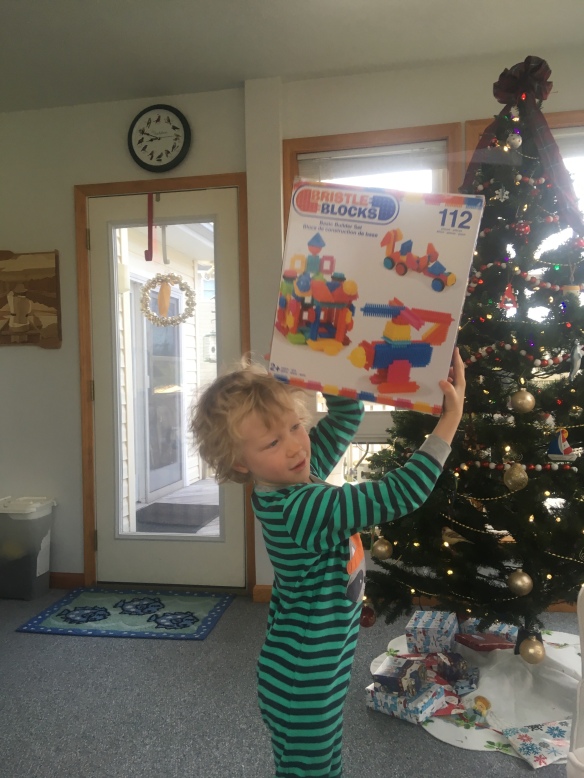 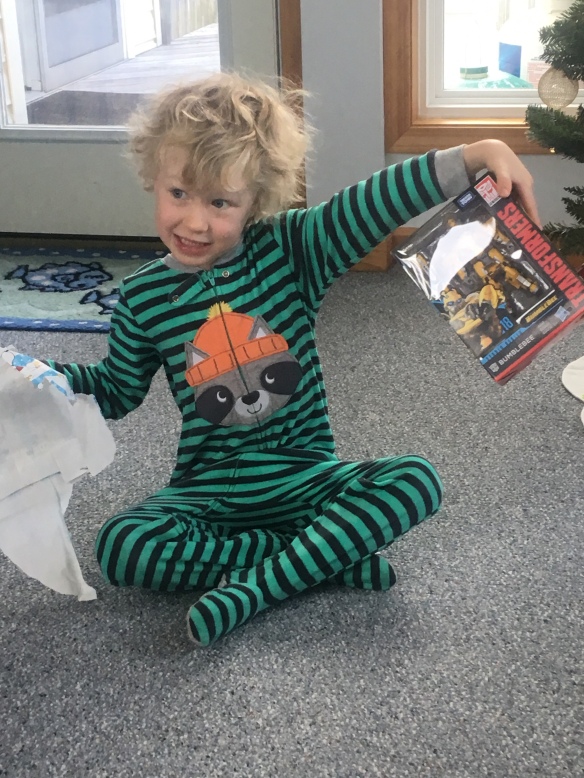 When I was 4, about a million and one years ago, my parents drove us down to Orlando to go to Disney World. This was pre-Epcot and WDW was fairly new. I have vague memories of the trip but fond ones. I have always said since that I would not return to WDW until I had a 4 year old myself. Well our dreams came true last month. We headed to Orlando and E had the time of his life!! I finally got to see Epcot and we also got Animal Kingdom. E loves the fast rides and we literally rode every ride that he was tall enough to ride on. His favorites were Fast Track, Splash Mountain, Space Mountain and Dinosaur. He found the Avatar ride to be fascinating but a little intense. Overall it was an amazing experience. Nama and grandpa joined us down there. 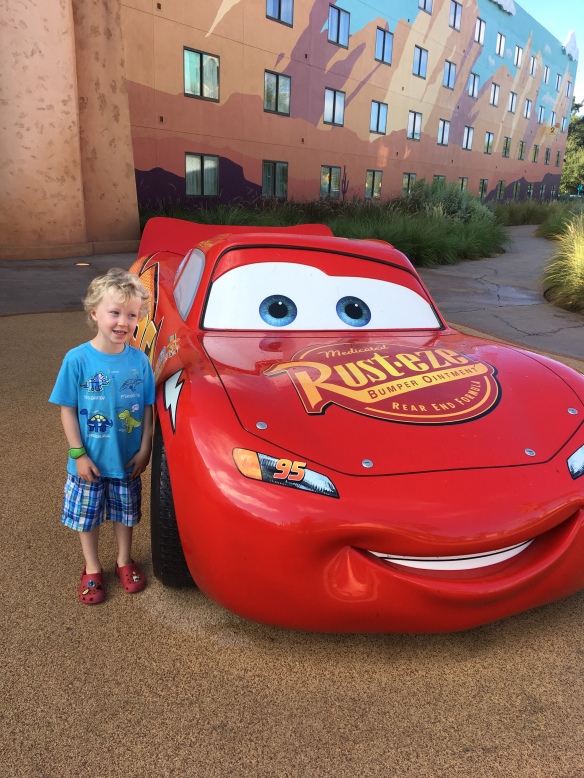 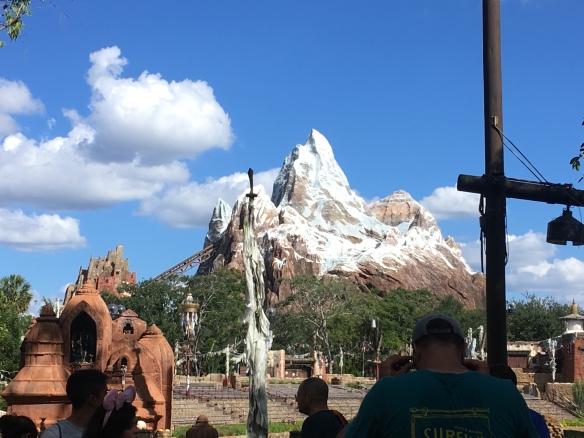 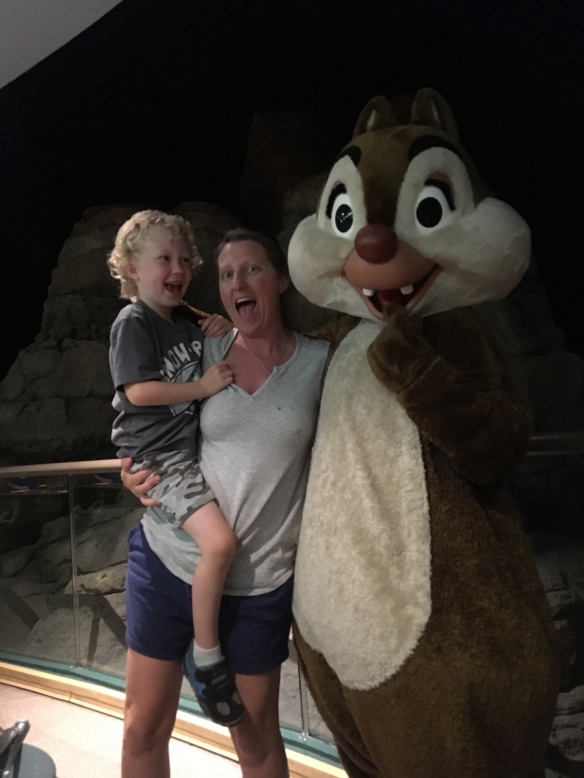 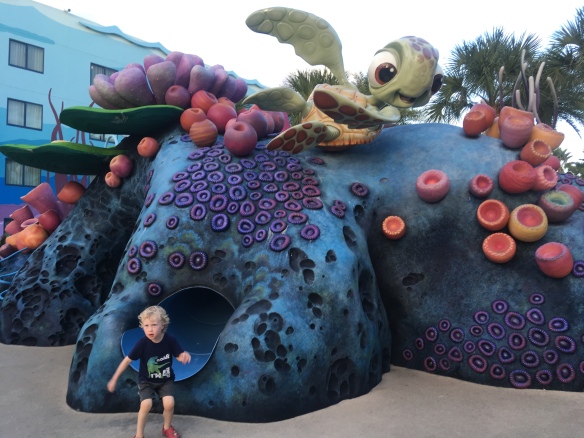 Sorry, with school ending and birthday craziness I never posted about the big 4 on May 20. Four for E was just as hard as 40 was for me!!! He is my big boy now. <sniff, sniff>. We are having more meaningful conversations and he is generally a sweet, kind, sometimes moody and lovable boy! I am a very lucky mama! We had a dinosaur birthday party and then E and I took our annual birthday zoo trip on his actually birthday. Here are some pics. 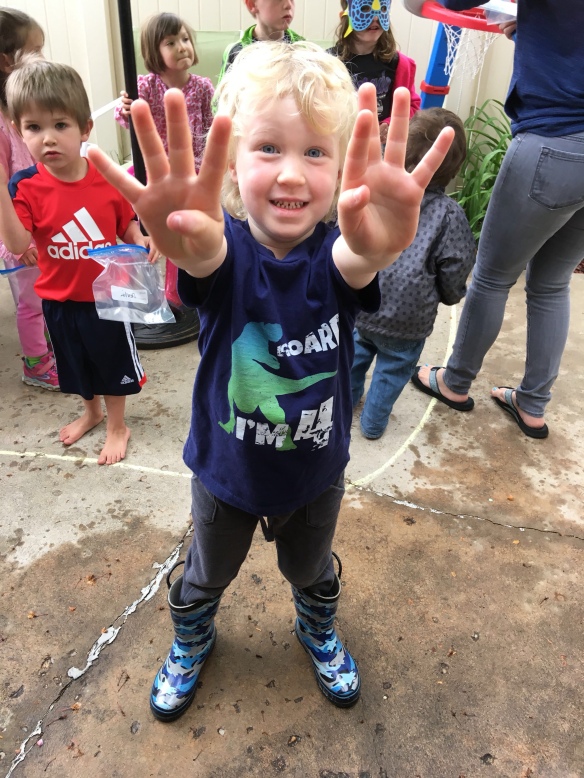 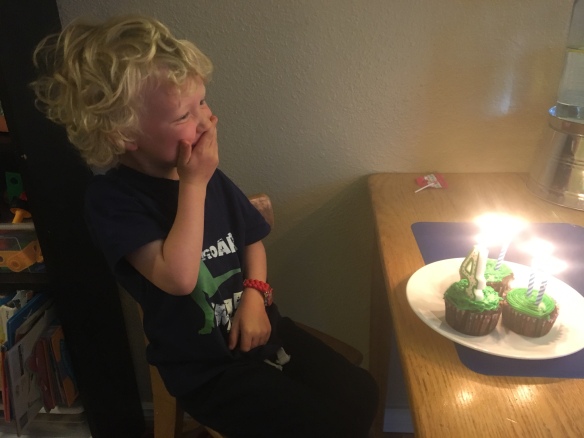 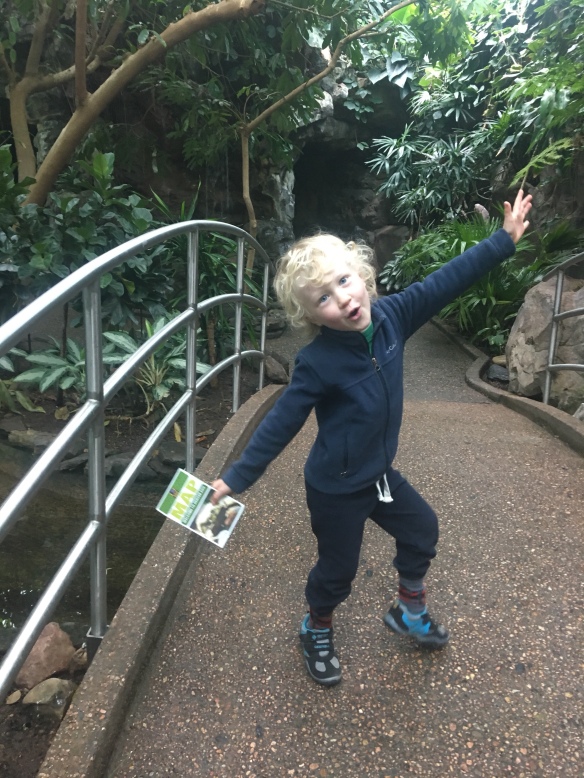 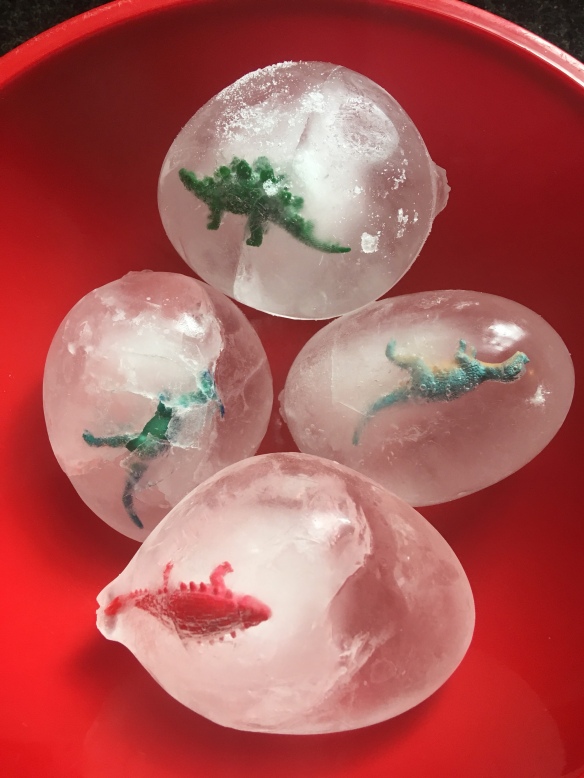 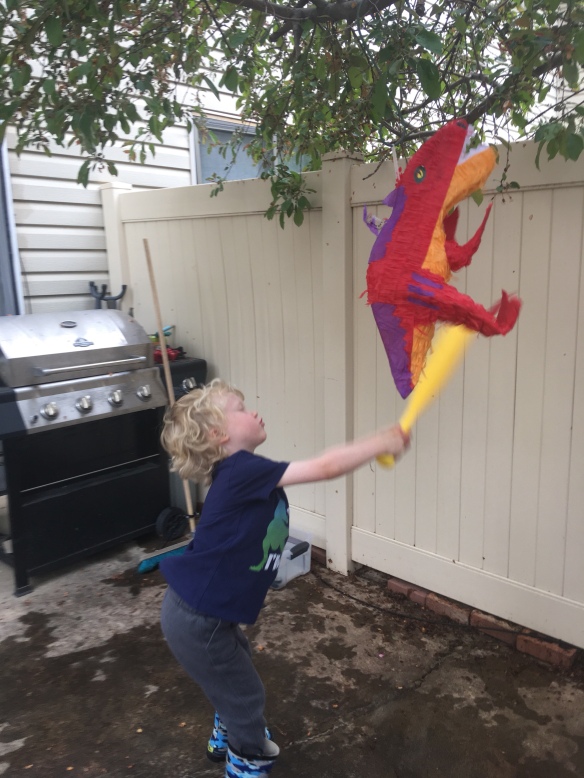 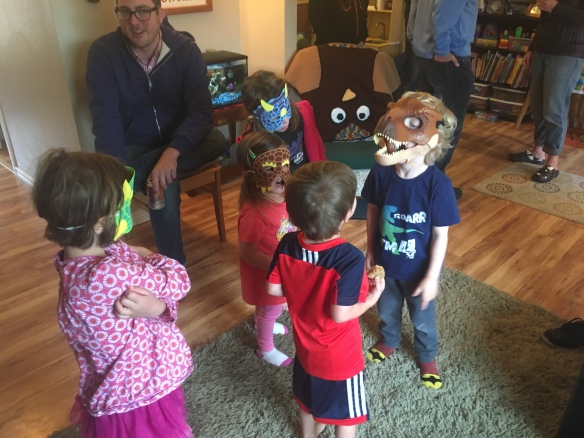 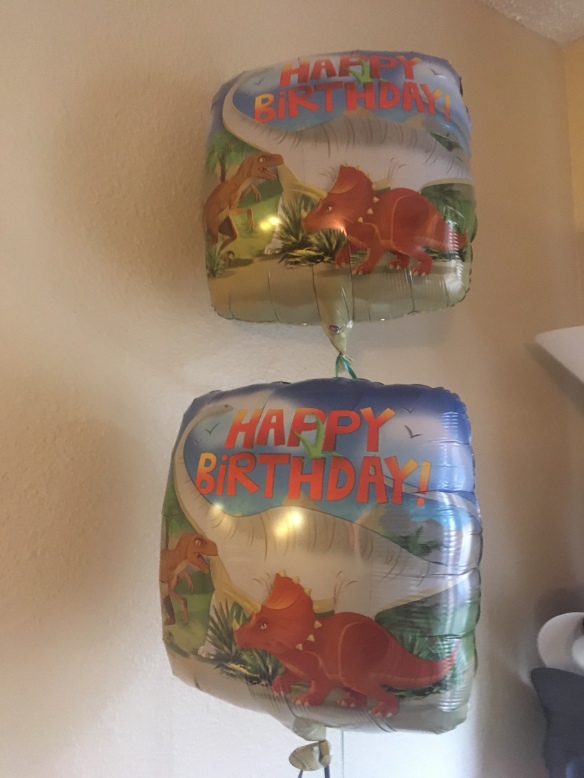 Yesterday at Home Depot E had to use the bathroom. He is becoming more aware of signage and asked if he could use the boys room vs. the girls room because DUH he is a boy after all. I said yes (argh hardest part of being a boy mom sometimes) and stood there waiting for him to emerge. I heard someone helping him wash his hands and get the paper towels for him. E then exclaims loudly (and a totally random statement imo) “I have a mom but NOT a dad!” Ugh! The man just smiled at me when he helped E open the bathroom door. 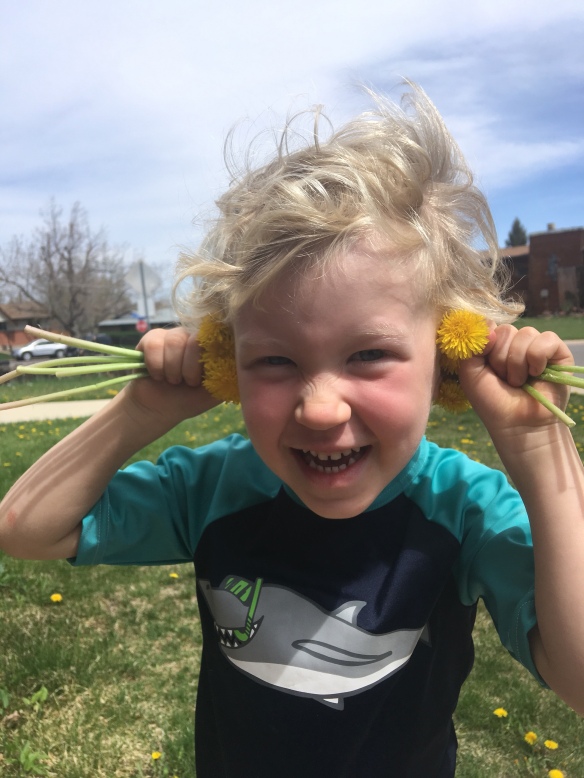 I am so super excited bc for xmas I donated my last vial to another SMC that I met on IG. She is currently in her TWW and I feel like it’s my own TWW in a way. For one, it she gets a BFP, E will get another half sibling. It is also the vial I thought I would use to give E a sibling but after years of deliberation decided against it. So many pros and cons, but on a teacher’s salary it is best that we remain a 2 person family. We will have a full life and E will get to join activities and go on nice vacations. It was a mix of relief and sadness giving it away bc now I know I am done having children. And I am relieved that I don’t have to think about it anymore. I pray that this mama gets her BFP! This TWW has been equally as excruciating as my own TWWs. One week down, one to go!

Years later we are still on the food battle train. I keep trying to figure out ways to get vegetables into my child’s body. I buy vitamins that have vegetables in them and he will eat kale chips (which I make at home). He eats seaweed snacks and he used to eat carrots but now claims he doesn’t like them anymore. I bought a reusable silicon squeeze pouch that I tried sneaking blended carrots and applesauce into. He was too clever for that trick. But today I made a smoothie which I called a “milkshake” (the wording is equally as important as the color of the product!) and added a ton of blueberries and honey to cover the taste (and color) of the spinach! And it worked! It was milk based with spinach, a frozen banana, frozen blue berries, and honey. In my first attempt I added flax seed meal, but the boy said he didn’t like the “stuff” in the milkshake and I assumed he meant the flax meal which makes it a little “mealy” so I remade it. I will get braver as I go forward but I didn’t want to push my luck on the first try. Maybe I’ll try avocado tomorrow. Avocado makes the “milkshakes” so smooth and yummy. The key for E is to make sure it does NOT look green hence the many blueberries. Wish me luck. It is a constant and ever changing battle.

This is today’s lunch as he has also stopped eating any form of sandwich. It is a mish mash of random stuff that makes up a somewhat balanced meal. 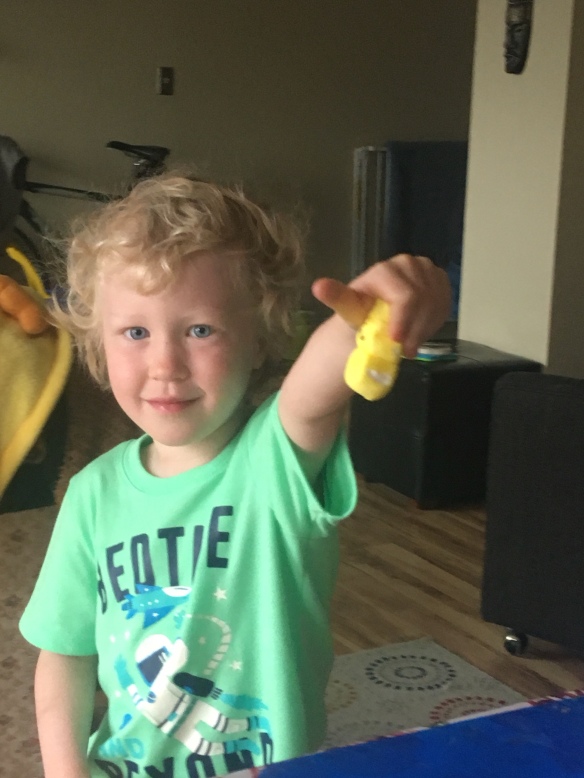